On Thursday evening, July 19th, a duck boat carrying 31 people capsized and sank, leaving at least 17 dead and several more injured. Witnesses say the boat struggled to make it to shore as the weather took a turn for the worse, causing waves to break over the boat, rocking and tilting the vessel and the passengers inside. There have been 14 confirmed survivors of the crash, though 7 are being treated at a local hospital for injuries.

The incident occurred on Table Rock Lake, near Branson, Missouri, a popular vacation spot for families. Authorities say some of the deceased duck boat passengers were children, and several others were elderly. Duck boats, like the Ride the Duck vessel in this incident, are popular tourist attractions in the Branson area because they can both glide on water and drive on land. In fact, both witnesses and authorities have confirmed that there were 2 duck boats on the lake during the storm; however, the other vessel managed to make it to shore safely.

Branson authorities issued a severe thunderstorm warning just before 6:30 p.m., about 30 minutes before the duck boat capsized. At the time, the storm limited visibility and stirred up debris across the lake. Attorney Geoff Meyerkord was boating on the nearby Lake of the Ozarks when the storm hit, at which time he promptly headed to shore. As an avid boater certified by the Missouri Water Patrol, Geoff always encourages fellow boaters to watch for dangerous weather conditions that could lead to accidents like the tragic event that occurred yesterday. 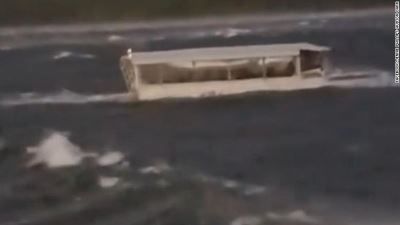 According to the National Weather Services, the winds on Table Rock Lake reached up to 65 miles per hour on Thursday evening, making the waters particularly treacherous. Authorities and witnesses say the storm came on suddenly, causing high winds and rough waters that ultimately caused the boat to capsize and sink.

Reports say there were life jackets on the boat when the accident occurred, but whether or not passengers were wearing them when the boat capsized is still unclear.

Authorities will continue to investigate the circumstances of the accident and plan to recover the sunken vessel from the bottom of the lake on Friday, July 20th. The Coast Guard will lead the investigation, but teams from the Missouri State Highway Patrol and the National Transportation Safety Board will also be involved. In a recent report, authorities confirmed that the boat driver died in the incident, but the captain survived.

On behalf of our entire legal team at Meyerkord & Kurth, we offer our most sincere condolences to the families of those lost in the duck boat tragedy and our thoughts go out to the survivors as they recover from this traumatic ordeal.

At Meyerkord & Kurth, we are passionate about advocating for the rights of the injured and wrongfully deceased. If you or someone you love was harmed in the Ride the Duck boating incident or another boating accident caused by negligence or carelessness, our firm is here to help.